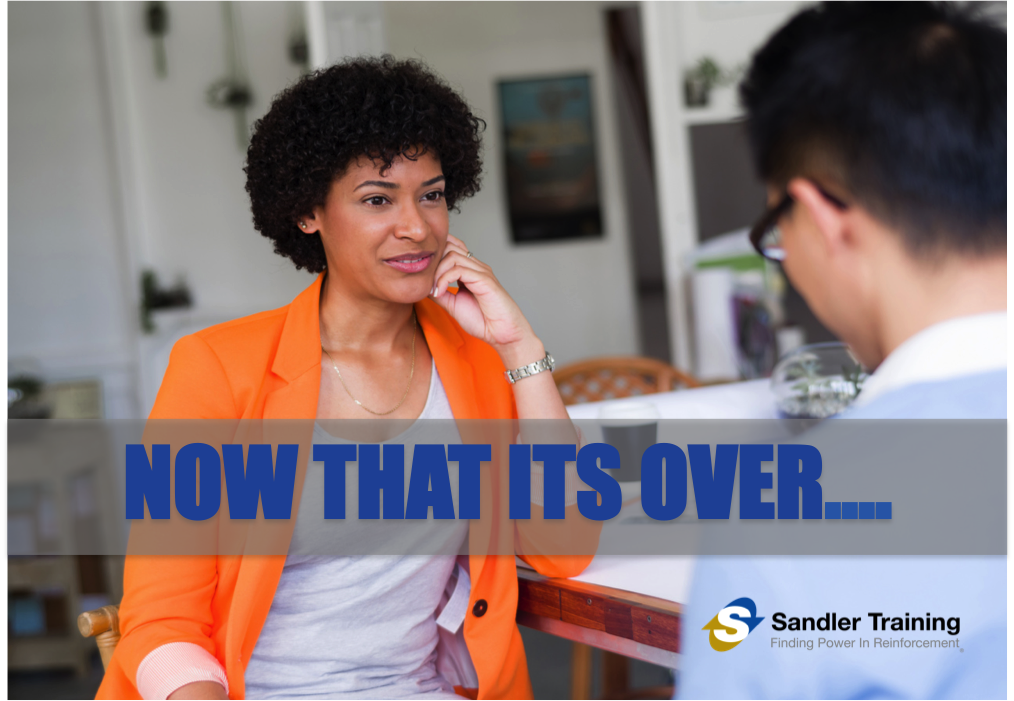 Nick could not help but think of the last customer who bought from him. Looking back on what had transpired, Nick wondered if he was just lucky. He told his customer that he wasn't going to buy. But he did anyway. I wonder how I got out of that one. Nick replayed the scene in his mind and wondered how he got out of that one.

"That's very interesting Nick," stated the prospect, turning around to look at Nick, "but your price is too high."

"Oh," said Nick wanting to kick himself for saying something so stupid. And then when he heard himself speak again, he really wanted to kick himself.

"I suppose that it's over."

"What do you mean by that?" quizzed the prospect.

"Simple. My price is too high, and it is over." Nick held out his hand to shake the prospect's hand to thank him for his time when...

"Time out, Nick. Your price is high, but your product is better than what I've seen."

"I appreciate that," responded Nick, "but you aren't going to buy it, and I want to thank you for coming by." Nick again put out his hand.

"Actually, I think I will buy it. But I have to tell you, Nick, telling people that they aren't going to buy is no way to make sales."

"Thanks for the advice," responded Nick, "I'll remember that."

I better not tell my boss about this, thought Nick. Even the customer told me it was no way to make sales.

When used at the right time, telling a prospect that "it's over" can make sense since you are forcing the prospect to make a decision.

Remember when you were little and your mother told you that you couldn't have something you really wanted. How did you feel when she said that? The truth - you wanted it even more.

Consider for a moment how even today when there is something you want badly, and someone tells you "No way," how you immediately feel. You want it even more and you'll try and figure out a way to get it.

And, if while you're trying to figure out a way, someone is there and says, "Would you like me to help you figure a way to get it?" Chances are you'll accept the salesperson's offer.

This is not a tactic you'd probably use in the first moments of talking with a prospect. Usually, this tactic is used when the prospect states an objection to the sale going forward.

Two conditions must be met before you use this tactic lest it backfire on you. First, the prospect must have told you how your product will solve his concerns. Second, the prospect has told you he has a big enough budget to buy your product. Make sure these conditions have been met before you go forward. When you go forward, act the part. Nick really did think it was over.

When you make this statement, you must convey to the prospect your conviction that the sale is never going to happen.

And then when the prospect tells you that it's not really over, offer your help by stating words to the effect, "Oh, I guess I got the wrong impression. What would you like me to do now?"

Then wait, forever if necessary, for a response.

Most people really want what they have been told they can't have - especially qualified prospects.